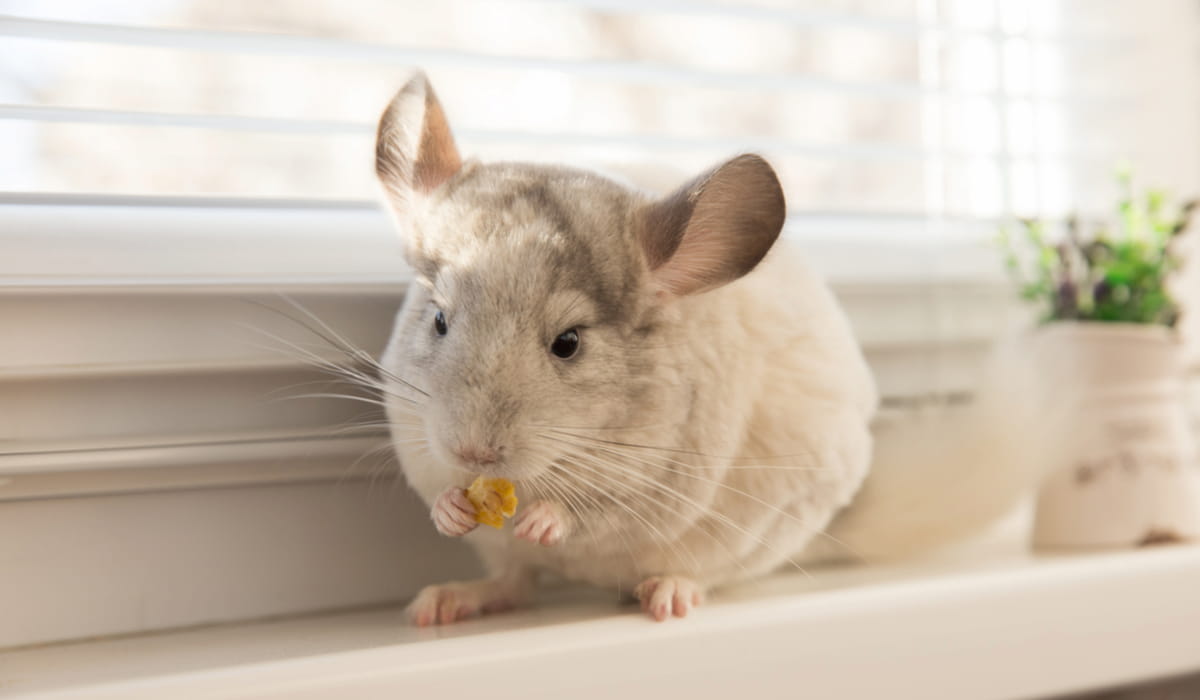 Chinchillas are unique and interesting members of the rodent family, looking like a mouse, squirrel, and hamster all at the same time. Since they resemble hamsters so much, many chinchilla owners may mistakenly believe that hamster food is safe for chinchillas.

Chinchillas cannot eat hamster food on a regular basis because it does not provide the right nutrients chinchillas need to survive and thrive. Chinchillas require a special diet that is formulated in food made specifically for them. Hamster food can cause severe malnutrition in chinchillas.

Just because hamsters are clearly related to chinchillas scientifically, that does not mean that they both can eat the same food. It is vital to understand the nutritional needs of chinchillas to truly grasp why they cannot eat hamster food as a part of their daily diet.

Why is Hamster Food Bad for Chinchillas?

Hamster food is bad for chinchillas because it is manufactured to meet the specific needs of hamsters, not the latter. Hamsters and chinchillas may similar in appearance and DNA, however, they have vastly different nutritional requirements.

Chinchillas require additional fiber and far less carbohydrates in their diets than hamsters do. This means that hamster food has too many carbohydrates and not nearly enough fiber to be healthy for chinchillas.

Chinchillas need certain nutrients in their daily diets to maintain a healthy weight and thrive in a domestic situation. Their daily feed should consist of high levels of fiber, some fat, and a relatively high level of protein.

Chinchillas need high amounts of fiber in their diet to keep their digestive systems working properly, so they should be given plenty of access to supplemental hay throughout the day. When it comes to hay, chinchillas will eat what they need to and save the rest for later.

What Pelleted Food Should Chinchillas Eat?

Chinchilla food products can be researched online or within the chinchilla owner community to determine which ones are best. Once you find one that your chinchilla likes, try to stick with the same food to avoid gastric upset.

Where Can Someone Buy Chinchilla Food?

Pet stores across the country should carry some brand of chinchilla food that is made exclusively for chinchillas. If local stores do not carry it, it can be easily ordered online and shipped straight to your front door.

What Kind of Hay Can Chinchillas Eat?

Chinchillas can eat timothy hay or orchard grass hay on a daily basis. Adult chinchillas should not be fed alfalfa hay because it is far too rich nutrient-wise.

What Do Chinchillas Eat in the Wild?

Chinchillas that still live in the wild eat a variety of plants and plant material like grass, small twigs, plant roughage, and leaves. They have extremely high fiber diets in the wild that keep their digestive tracks operating at their optimum level.

11 Other Foods Chinchillas Should Not Eat

Aside from hamster food and specialty foods formulated for animals other than chinchillas, these are several foods that chinchillas should not eat.

Chinchillas may not suffer fatal consequences from eating hamster food once, however, over time, it can cause them significant health issues. Chinchillas can not eat hamster food in place of their normal diet regardless of whether or not they seem to enjoy it. Chinchillas should only eat pelleted food that has been designed specifically for their species and no other.

Learning about chinchillas and why they cannot eat hamster food is a great educational experience, especially for those who own or plan to own chinchillas. These are the sources used to craft this article. 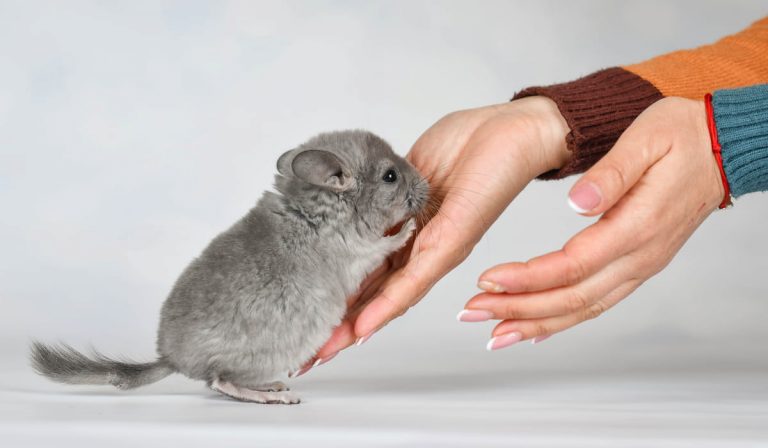 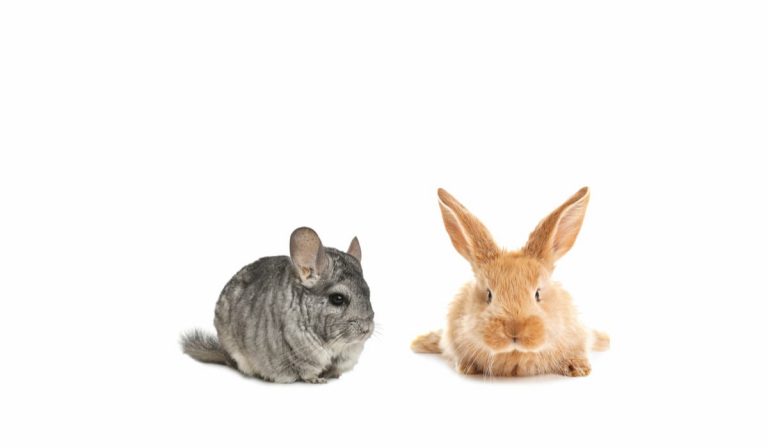 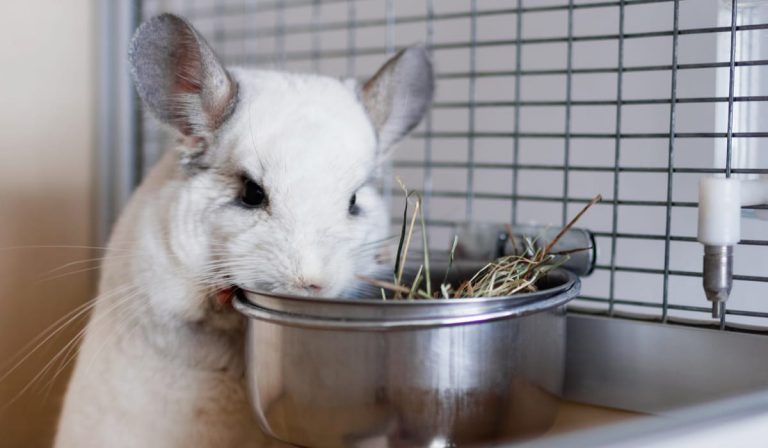 Chinchillas are cute rodents that many want to raise. One common challenge owners face with these animals is what to feed them. Chinchillas are herbivores and prefer a plant-based diet. Here is a list of some items that you should not give to your chinchillas: 1. Dog and Cat Food Foods made for dogs or… 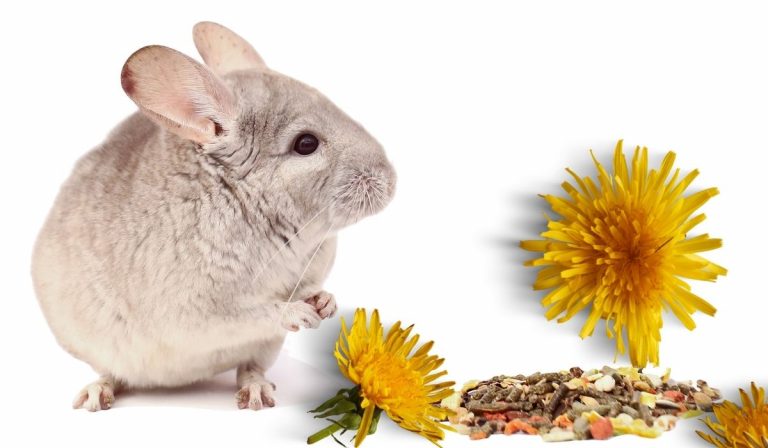